It is late afternoon and I am sitting in the social work office as participants shuffle through the main hallway outside the door, quick and eager to engage in the next scheduled activity. I am joined by participant Richard Kevorkian, Circle Center’s resident artist with an unparalleled sense of humor and a knack for the vivid hues of colored pencils. As the outer voices continue to settle into individual dayrooms, I follow Richard’s enigmatic gaze to a painting mounted on the wall. Juxtaposed against yellow sticky notes and file folders, the illustration portrays rich pigments of blue, green, and red reminiscent of a moving stream and a reminder of Richard’s passion for the creative arts. “I did that,” he notions with critical revelation, signaling the motions of a river with his own two hands and laughing wholeheartedly in reflection.

Born in Detroit, Michigan to an immigrant father – a survivor of Armenian genocide, and an Iowan mother of Armenian descent, Richard relocated to the compelling grips of Richmond, Virginia as a young boy. With captivating stride and an artistic spirit, Richard later received a Bachelor of Fine Arts in painting along with a minor in art history and printmaking from Virginia Commonwealth University (VCU) in 1961 at the age of 23. Continuing his education, Richard went on to receive a Master of Fine Arts in painting from the California College of Arts and Crafts in 1962. Beginning as an assistant professor for the Department of Painting in Printmaking at VCU, he was soon promoted to Chairman of the Painting and Printmaking Department by 1977. Eager to cultivate an environment of learning and engagement among art students, Richard was accepted as a full-time professor at VCU from 1981 to 1993. Richard has accepted various awards, recognition, and grants for his work including a Guggenheim Fellowship, Creative Research Grant from the School of the Arts at VCU, and a traveling fellowship from the Virginia Museum of Fine Arts. His professional trajectory is also marked by numerous “visiting artist” partnerships around Western Europe including Dublin and Belfast, Ireland; Florence, Italy; and Loughborough, England. Richard’s work has been showcased in multiple traveling exhibitions throughout the United States and solo exhibits have been displayed in notable galleries such as the Anderson Gallery in Richmond, Virginia and the Aaron Gallery in Washington, D.C.

Described as a charismatic and energetic spirit, Richard’s affection for movement and life is revealed through long walks in the outdoors and warm mugs of earl grey tea. His artistic creation is balanced against an appreciation for books and learning fused with his vigor for the tradesman craft of fishing and hunting.

In late 2010, Richard was diagnosed with Alzheimer’s disease. As retired professor emeritus of Virginia Commonwealth University and renowned Richmond artist and mastermind, Richard is seen throughout the corridors offering a curious and lighthearted presence to daily happenings despite the progression of aphasia, limiting the quality of verbal expression. Amid the caring and dedicated staff, Circle Center provides Richard with socialization and activity along with much needed respite for his caregiver and wife, Salpy. Surrounded by an array of art supplies, he is often found on the sunporch soaking in the sunlight among his friends. While the subtleties of life and routine have a way of shape shifting and evolving throughout a life span, the appreciation for art, vibrancy, and visionary expression remain a constant for Richard here at Circle Center, where among friends he flourishes and makes every day shine more brightly. 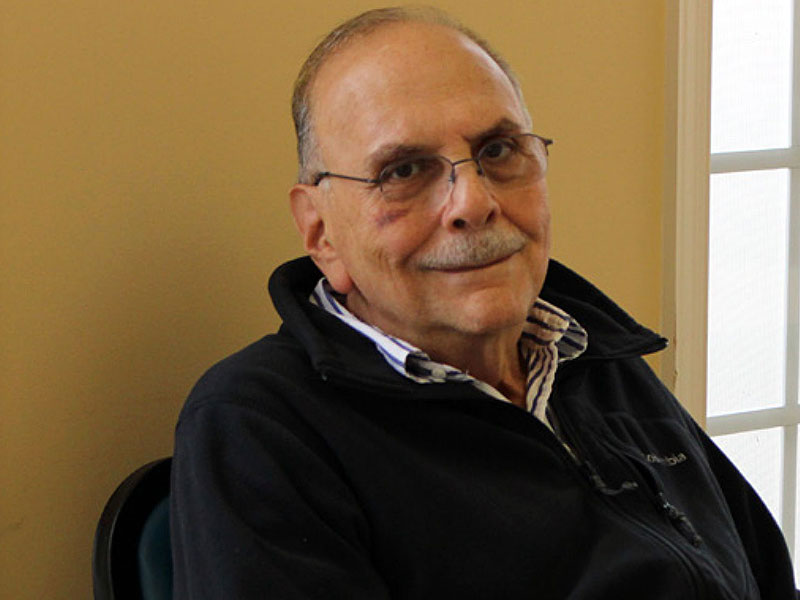 This Month at Circle Center

Get the latest on Circle Center news & events, delivered by email.